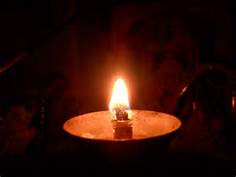 Two of my favorite philosophers, C. S. Pierce and A.N. Whitehead have a great deal in common, more than using initials in their names. Both developed philosophies that are relational and organic. Both had the sometimes-irritating habit of inventing hard to pronounce and difficult to understand terms. Pierce termed his philosophy “pragmaticism” after other philosophers began to use his term “pragmatism” in ways he did not approve. [1] Whitehead invented a whole host of terms in this works as he outlined an organic, process view of the world. [2] With apologies to both of these great men, I have coined my own term, which is the subject of this essay.

The other day, as I was returning from a game of golf in the hot Texas sun, under the influence of dehydration, as well as heat, physical, and other exhaustion, I invented a term: “Famperlogalism.” The term grew backwards, as I pondered the reaction of many to what is called, “globalism,” and which largely amounts to the less-than-critical protection of big international corporations on the right and support of large international bureaucracies on the left.

My ponderings began with the “Logalism.” So much “globalist” thinking begins with the global (hence “globalism”) and deduces from that the proper local policy. This seems backward to me. Proper “bottom up thinking” begins by thinking locally and proceeds to determine what is desirable globally. I invented the term “logalism” to incorporate this idea of thinking locally first.

Then I thought, “What do we mean by the “local” part of logalism?”  This resulted in the “famperson” portion of the term. Recently, I read an article about globalism and the probable loss of jobs for huge numbers of people in the future. My response was and is that our society often misunderstands the purpose of economic activity and therefore misunderstands what constitutes a rational economic policy. The foundational purpose of economic activity is to provide valuable work for people and families so that they can support themselves and have meaningful lives. An economy, however efficient, that leaves millions without meaningful work or income, and which traps millions in poverty while a small percentage of people become incredibly rich is not a good economy, whether it is “capitalist” (the United States), socialist (Western Europe) or “communist” (China and Russia). [3]

The rest of this essay makes little sense for those who cannot accept this principle: “An economy exists to provide meaningful work for people that will allow them to support their families and live meaningful lives, not to make a few people incredibly rich.” No matter how much money can be made by companies from exporting jobs in the name of “globalism,” such behavior, and any theory underlying such behavior, are inadequate and unacceptable. The well-being of families and persons should form the core value in developing our notion of an economy and how it should operate.

This insight is implicit in the term “Economics,” which derives from a Greek word meaning “Household.” “Oikos,” from which we get the term “Economics,” is the Greek word for household. In the ancient world, a household was more than just a house with two people and perhaps a child. It included what we would call the “nuclear family,” as well as grandparents and great grandparents, servants and employees—all those that made up the family economic unit that was the household. [4] The head of the household was not responsible just for his own personal interests, but for the good of the entire household and its members.

This has vast implications for our economy. Executives are not responsible primarily for their own economic advancement or even for the advancement of their company in the narrow sense. They are responsible for the entire family of relationships of which their business is a part. This is to say that those who own or control assets are responsible for the well-being of all the families and persons and social entities that are related to and impacted by their business. In modern business language, we call these people and entities “Stakeholders.”

This idea of economics as a life and meaning creating activity of a society of people, is why, before the late modern world, economics was classified among the moral sciences. Adam Smith, who was first a moral philosopher, recognized, as we often do not, that there is an inherent moral aspect to economics. [5] A proper economics has a moral component and is interested in persons, families, and local communities, in their support and in their health.

There is nothing more important to rethinking modern American economics than the notion that the primary goal of political and economic entities is strengthening and supporting families and persons. Why in this order? Because persons emerge from families. Healthy people cannot emerge from families that are not healthy. When families are healthy, they have meaningful work to do and time to spend raising children, supporting elderly parents, and taking care of their own friendships, family, and employees.

“Famperlogalism” implies a kind of economics that is inherently relational, organic, and communitarian. It’s relational in that it sees families, persons, small businesses, larger businesses, towns, cities, states, neighborhoods, national governments and international governments, our entire economic system from bottom to top, as related. It is organic because it sees the development of society as a process from smaller units to larger units held together by relationships of mutual dependency among communities of various sizes and types. It is communitarian because it focuses on the health of communities of all levels, types and kinds.

A Brief Outline of “Famperlogalism”

I’m sure as time goes by I’ll be able to think of even more aspects of “Famperlogalism.” In my mind, all this demonstrates the dangers and benefits of an occasional game of golf on a hot Texas day. You never know what will happen or what you will think of when you’re late to dinner, tired, dehydrated, and exhausted. [9]

[2] See, A. N. Whitehead, Process and Reality: An Essay in Cosmology (New York, Free Press, 1969). I have a book that is nothing but terms Whitehead uses and their definitions. It is almost impossible to read him without such help. Nevertheless, it is worth it.

[3] One unfortunate feature of present day “crony capitalism,” Western “social democracy,” and Soviet and Chinese “Communism,” is that they all bear little resemblance to what they pretend to be and, in fact, look like the “National Socialism” of Germany in the 1930’s. Government, the media, business, and industry have come together with the favored few, robber barons, political elite, and the children of the elite controlling the economy of entire nations.

[5] Smith believed that human persons by nature think and act in terms of their perceived “self-interest;” however, their notion and pursuit of self-interest is defined, guided, restrained and confined, by their “moral sense” concerning how we should act in our deeds toward others and ourselves. See Richard M. Ebling, “Economic Ideas: Adam Smith on Moral Sentiments, Division of Labor and the Invisible Hand” The Future of Freedom Foundation (December 12, 2016), downloaded from https://www.fff.org/explore-freedom/article/economic-ideas-adam-smith-moral-sentiments-division-labor-invisible-hand/ May 5, 2020. The modern idea of a morally neutral competition is incompatible with such an idea.

[6] One of the most difficult ideas to comprehend, at last for me, is that the fundamental particles which quantum physics describes are not particles, like a small stone. They are activities in an underlying wave structure of the universe. In this sense, the material emerges from the immaterial, potentiality of the quantum world.

[9] For those who have read the last couple of posts, you know that I am also deeply indebted to Wendell Berry, who began my thinking in this area as I read some of his essays. See, Wendall Berry, Sex Freedom and Community (New York, NY & San Francisco, CA: Pantheon Books, 1992).