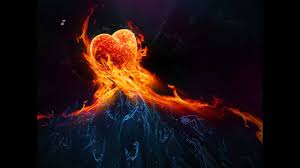 The Big Nature of Love

Because English has only one word for love, it is often hard for people to rid themselves of the romantic connotations of the term. There is a Greek word, “Eros,” used to describe romantic love. Eros is a love driven by the desire of the lover. C. S. Lewis, in his book “The Four Loves” refers to “Eros” as a need love—the erotic desire is to fulfil a lack in the lover and a desire for the beauty of what is loved. [1] I call eros an “evoked love,” because it involves something in the object of our love that draws us to the person or thing we love. We can desire a person, a painting, a kind of knowledge, better health, and a number of goods that fill a need in us.

There are, however, other forms of love—and these forms of love are just as important for a sound political life. For example, if on a purely biological basis, eros is foundational to family life (for without the natural desire males and females possess to reproduce there would be no families), out of family life there emerges another love— “philios” or “philia,” literally “brother or sister love.” [2] Philios broader than just that love between brothers and sisters, for it includes the love among family members. It is also used to describe relationships that do not involve genetic connection. Men and women both describe close friendships using these words. Church members often use this word to describe the relationship of mutual belonging within the family of God. Soldiers use this term as describing the relationship among them, immortalized in our time by the book and series, “Band of Brothers.” [3] Therefore, we might call this word, “Common Relationship Love.” Interestingly, the Greeks felt that this love was a higher and more important love than eros, which can too frequently be characterized by a passion beyond reason, as every lover has experienced.

Another of the four loves is “Storge.”  This love is a natural form of affection experienced between family members. When I teach on this love I describe storge as that kind of love that couples have for one another after many years of marriage, when years of familiarity and commitment have bred acceptance, commitment and a deep affection. This love is also commonly seen between parents and their children, and children for their parents, especially as the relationship grows and matures in adulthood. Interestingly, storge was also used to describe a sense of patriotism toward a country or allegiance to the same team. If I love the group I work for or the country I live in, storge can be used to describe that love.

Finally, there is agape. C.S. Lewis refers to agape as “gift love.” Agape is highest form of Christian love. But it also appears in other religious traditions, such as the idea of “universal loving kindness” in Buddhism. [4] In Latin, agape it is translated “charitis,” from which we get our word, “charity.”  The term “gift love” used by C.S. Lewis points to the difference between eros and agape: Eros is a love evoked by something in the beloved that the lover needs., agape is a love as an act of the lover. This is not a love evoked by desire but bestowed upon its recipient.

The word ‘agape” was used before Christians began to use it for the love of God. Agape describes a limitless, vulnerable, self-giving love. Agape is the word used in the Bible when it says, “God is love” (1 John 4:8). The love of God patiently bears with us, even as we presume upon the mercy of God. The love of God endures our sin, our shortcomings, and our brokenness, as the Spirit works patiently and in love to redeem and restore.

In Christ, Christians believe God serves the greatest need of human beings and creation by emptying himself of overt power in order to create the world as an independent entity and redeem what he has created in an act of sheer self-giving passion. God gives himself without limit, without restriction, without any holding back for the sake of his creation. [5] This kind of love is necessary to undergird freedom, because this love does not seek overt control, but nurtures the object of love without the exercise of overt power.

As the Apostles, New Testament writers, and early Christians meditated on the life, death, and resurrection of Jesus, they came to understand Jesus as God in human form—embodied agape in human form. There is a technical word for God’s willingness to serve creation at its deepest point of need. The word is kenosis, which means “to empty.” It comes from the words of Paul:

Your attitude should be the same as that of Christ Jesus: Who, being in very nature God, did not consider equality with God something to be grasped, but made himself nothing, taking the very nature of a servant, being made in human likeness. And being found in appearance as a man, he humbled himself and became obedient to death— even death on a cross! (Philippians 2:5-8, NIV).

In the older translations, the phrase “made himself nothing” (ekenosen) is translated “emptied himself.” This is the classic testimony to God’s self-giving nature. Agape is a love that empties itself for the beloved as a pure, selfless, unearned, and underserved gift.

It would be easy to simplistically conclude society needs to be founded on selfless agape love, but that is not what is meant by saying that we need to have a politics of love. It is also not realistic. All the loves are to be found in a healthy society, and the absence of any of the loves indicate a flaw or weakness in a culture.

What can be missed is that all the different kinds of love are directed toward the formation and maintenance of a community or relationship. All the loves are personal, and bind persons with each other, an object, or an institution. The marriage of lovers, the family that begets children, the community that is drawn together for mutual defense, the business that draws people together as a community for economic reasons, the government that draws people together for their own common interest, all these must be both founded and nurtured and sustained by all of the loves. All the loves erase barriers and create community.

There is one other love in Greek that is important to what I am saying, “pragma,” or what we might call “pragmatic love.” In the Greek it is translated, “longstanding love.” This is a love that compromises to help the relationship work over time, shows patience in failure, defeat and disappointment, and tolerates the differences among people for the common good of a family or community. Pragma recognizes that society requires its members to be patient and to be loyal, even when there are times of stress. [6] Pragma is pragmatic in the sense that it accepts the other and nurtures the other in order to maintain a relationship of worth to the lover.

For a community to exist over time, there must be pragma—and it is pragma that is so obviously lacking in our public debates today. The riots in our cities over the imperfections of our society, the nit-picking of political parties over feigned differences, the constant criticism of imperfections in our leaders, the intolerance showed on our college campuses and other places for differing views, these and other problems reflect a lack of pragma: of tolerance, faith in the ultimate victory of the best opinion in a public debate and other “love virtues” of a free society. These virtues need to be recovered, renewed, and reestablished at the center of our public life.

[2] This is not the place to discuss emergent phenomenon, but the notion embedded in this statement is important to understand. Modern science is reductive—it attempts to reduce everything to matter and force. In the case of community life, it is tempted to reduce all human lives to forms or eros. This is an error. The other loves emerge as self-existent realities with properties that cannot be reduced to a lower form. Agape cannot be “reduced” to a form of eros. In fact, from a Christin perspective one might be tempted to say that eros emerges as one of the created forms of agape, the love of God.

[4] Roman Krznaric, “The Ancient Greeks’ 6 Words for Love (And Why Knowing Them Can Change Your Life)” in Solutions Journalism ( December 28, 2013), downloaded June 19, 2020, at www.yesmagazine.org/health-happiness/2013/12/28/the-ancient-greeks-6-words-for-love-and-why-knowing-them-can-change-your-life/,

[5] See, W. H. Vanstone, Love’s Endeavor, Love’s Expense: The Response of Being to the Love of God (London, UK: Darton, Longman and Todd, 1977). See also, John Polkinghorne, ed, The Work of Love: Creation as Kenosis (Grand Rapids, MI: Eerdmans 2001) for a deep analysis of how creation reflects the One who is love and became love incarnate to redeem and restore his handiwork.

[6] See, Krznaric, previously cited, who outlines this love in his article.